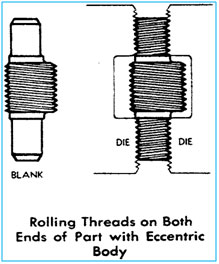 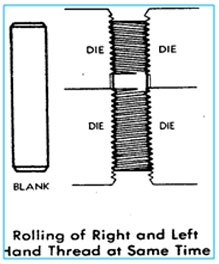 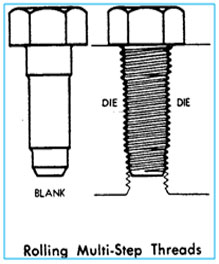 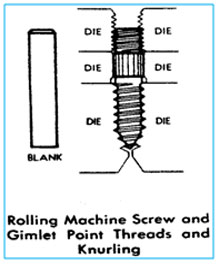 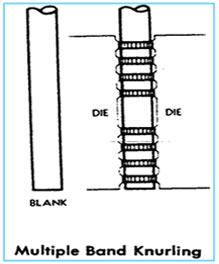 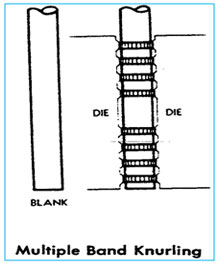 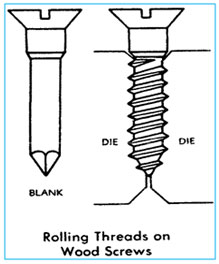 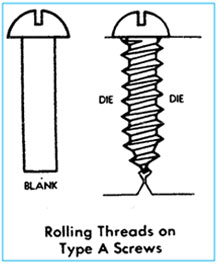 We also offer the possibility of making combination dies for carrying out two different operations in a single pass.

BC dies for spokes

BC dies has small grooves that make peaks and valleys of the thread form. These grooves are set at an angle specific to the diameter of the spoke. As the spoke rotates, grooves are created simultaneously on each side, which eventually meet up to create a continuous quality thread with Kadimi Dies.

From the picture, you will notice the uniformity of threads produced by Kadimi BC dies

This picture clearly show that Kadimi dies not only produces excellent consistent threads, you can also see an important feature: the thread root (the valley between peaks) has a generous radius, not a sharp, V-shaped valley. A valley as sharp as one of the peaks would produce a stress riser. In spokes, threads are subjected to endless load cycles that take advantage of stress risers. That’s why so many spokes break at the thread. Kadimi BC dies makes just such a perfect (and beautiful) spoke thread having a stress reducing valley; that we were sure you wanted to experience them.

Dies to be used for making hose clamp screws in different die sections catering to the wider range of clamping application. Hose Clamp Thread rolling dies are available with vast range of thread pitches, asymmetrical thread angles with specially designed thread profile for anti-vibration and capable of withstanding higher pressure of the hoses. A customer print is advisable for manufacturing Hose clamp dies to suit the specific requirement.

Dies are having radial non- cut off Ogival point, extensively used for automotive application in the powertrain and assemblies.

Assymetrical thread form with sharp crest and root-annular are ground and Helical are Milled.Straight faced (single or duplex) or single faced Gimlet.

High Performance Thread Rolling Screws features a special Swageform® design which consist of 3 - 4 forming lobes located on the flank of the tapered lead threads 120 degrees apart. The initial contact of the lobes with the hole significantly reduces the installation drive torque. Swageform® screws produce no cutting chips as material is swaged during the tapping process and not cut.The swaging action associated with Swageform® screws produces a full form thread with less frictional contact, allowing a much lower drive torque.